How to detect if your iOS app hits product market fit

Couple months ago, I’ve built an app and released it on the App Store. Since published, I really wanted to see how it lives and understand how to make it grow. Ideally, I wanted to know if there is a product / market fit. In the article, I describe each steps and ideas that helped my app grow and what I learnt from it.

First, I chose to add Fabric in my iOS app, giving me basic metrics to be able to detect usage from the first release. It helped me to visualize daily active users, time spent in apps, adoption rate after an update as well as crash reports.

My app competing with others on the App Store, my focus was the user experience, so having crash reports and knowing how long users spend time in the app was required. Those 2 metrics are key to see engagement: if the time spent is very short, people don’t use your app.

Once the app published, lucky enough, downloads started from day one. I first thought it would go down couple days after, which is common after a release, but it stays still for a week. So I tried to understand why.

The reason is that I have a very segmented product, an app dedicated to foreigners traveling by train in Japan: very few results on the App Store, so a higher chance to get the app downloaded. That was my first hint in the product / market fit research, the app was on demand.

Because I was building a product for travellers, I got inspired by other apps to stay focus on the key features, adding search history and shortcuts. I also wanted to have more feedback from my users, so I’ve let them leave a review within the app as well as emailing me for any feedback they would have.

That made the whole difference

Adding the ability to add review within the app is a known technique to help make it more popular. It works well only if users already like your product. That’s when I’ve noticed I had a solid rating base.

I also left my email into the app for customer support. Since it’s a small app, most of the feedbacks helped creating new features (favourite routes, advance search, etc.) and users were extremely happy to be considered in that loop.

After two months based only on organic growth from the App Store and 100 positive reviews, I’ve started to check the rank of the app overtime. I’ve noticed that the rank was below the competition. So I studied their app, their categories and keywords. Just by switching to the right app category, moving from Travel to Navigation, I manage to increase download by 48% on the following week. 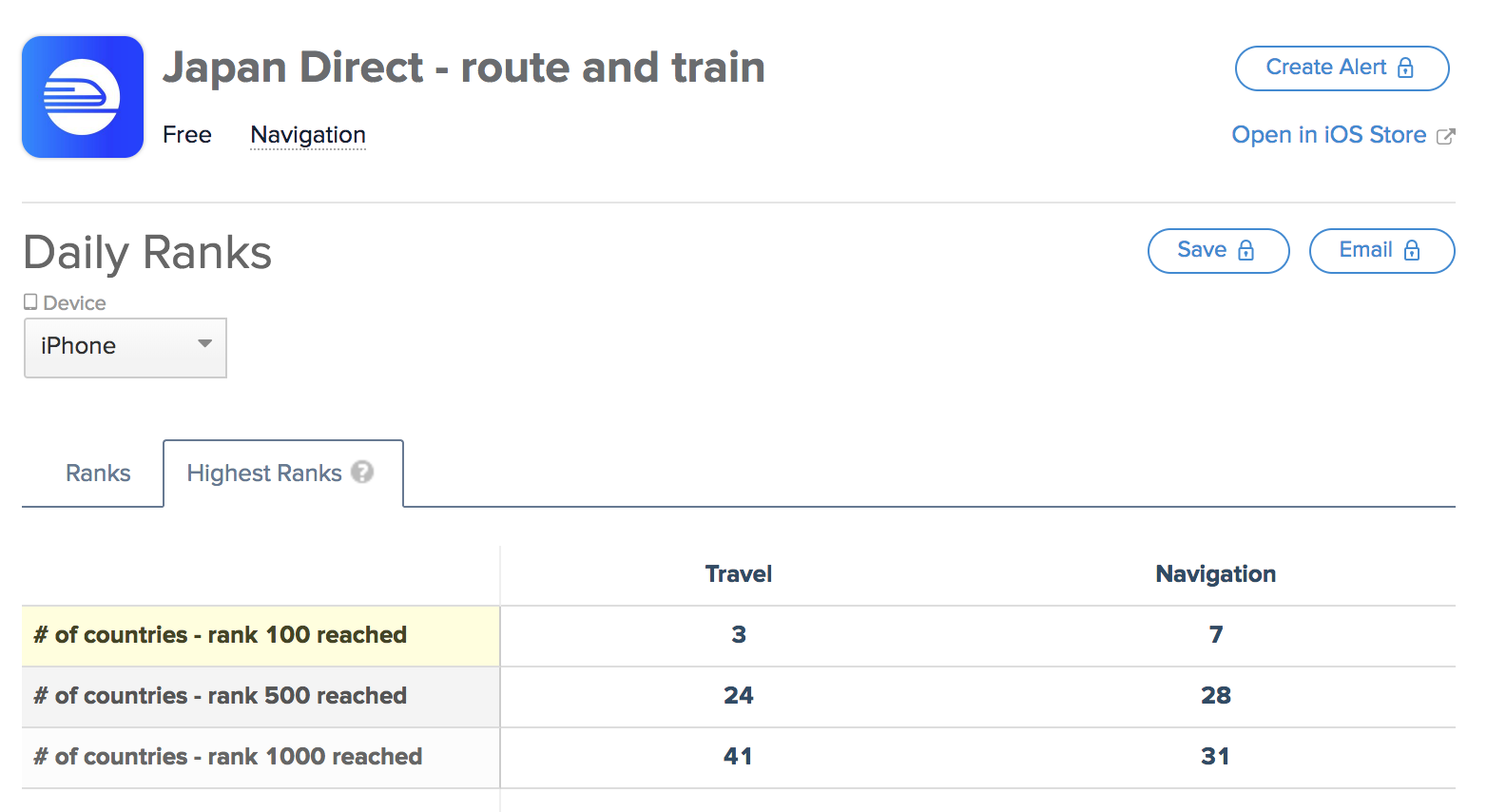 Well, the app has been running for 3 months, downloads as well as reviews are still growing by 15% every week. However, I’m not quite sure if it’s defining product / market fit: in short, if people would be wiling the pay for the app.

On the other hand, I only mentioned acquisition so far, but what about retention. That’s currently the hardest part for me to measure at the moment. Fabric and Apple having both graphs for it, even if DAU and MAU keep increasing , the retention on D+7 and D+30 is hardly there: people don’t reuse the app over the time. 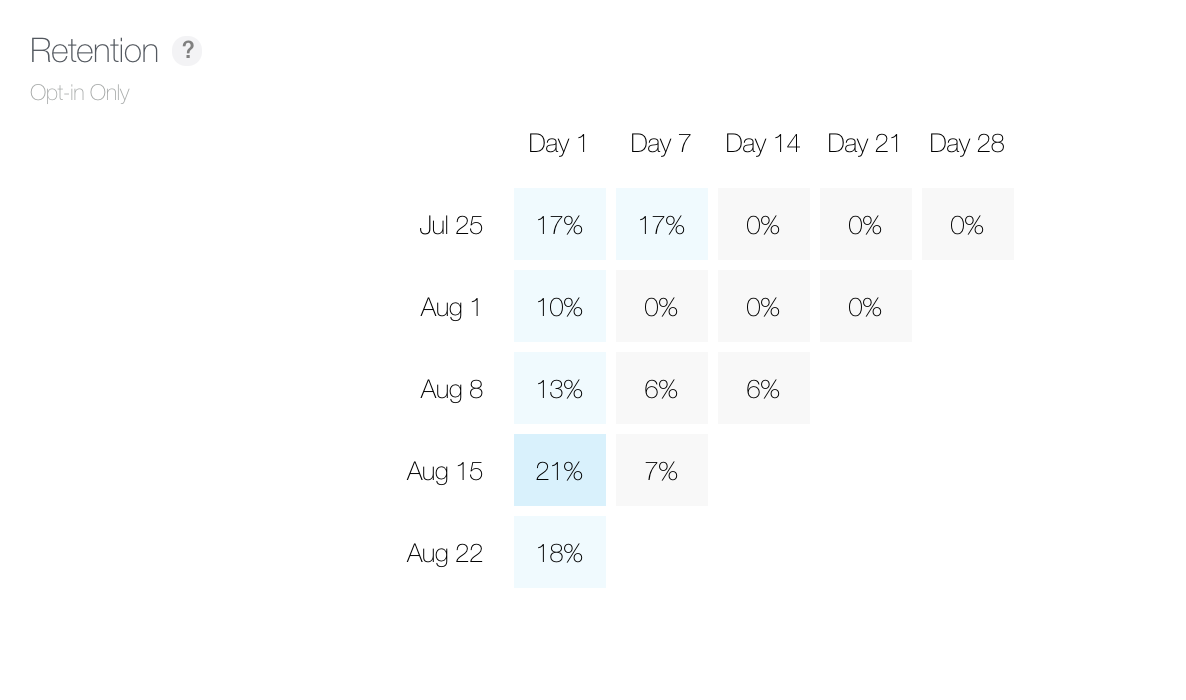 One reason of that behaviour could be because it’s a seasonal app. You need it only when you travel in Japan. So once you’ve left the country, you don’t have any reason to use it.

What’s the next step?

The goal with Japan Direct is to deliver the best user experience for foreigners traveling in Japan, but part of the challenge comes from the data itself and their clarity for the users. Unfortunately I’ve got limited access to those data and limited time since it stays as a side project.

However, I’m still looking for a way to speed up growth, mainly on acquisition side by giving more visibility to users: having a dedicated website for instance and see how long it will take to hit 10 000 downloads.

Thanks for reading! ✌️

A question? A feedback? Feel free to message me on Twitter.
TAGGED IN
Growth