In 2017, I managed to run about 750 miles (1200 km), it’s 250 miles more than the year before. I know it because Strava tracked it for me. I’m such a fan of their product than using it becomes part of my routine and my training. Although, during that journey, I always missed numbers that talked to me. That is how I created Kronos.

Since I started running in London, I always evaluated my progress base on my pace, and always in min/mile. I made the mistake to start with kilometer and my first half marathon was really tough when I saw wrong numbers on the road. 5 miles instead of 8km, wtf?

Then, from time to time, I visited friends back in France, some were runners like me. Competition part of the game, it all about time and numbers, but they all talked about pace in min/km or speed in km/h. I got the wrong unit again. Even for non runners, it’s hard to share your interest if they don’t get use to those numbers. I missed an app that would do that for me: a runner app converting pace into speed.

About the project itself, it was quite straight forward. Even if I wanted to do more, I thought about limiting only to convert pace into speed and return. The user could pick their unit preferences on both side.

I managed on my own the first screens with mockups and free online resources, I mainly updated the background to keep it catchy. The logo came later thanks to Charlotte Wakefield, a very talented designer I had chance to work with. 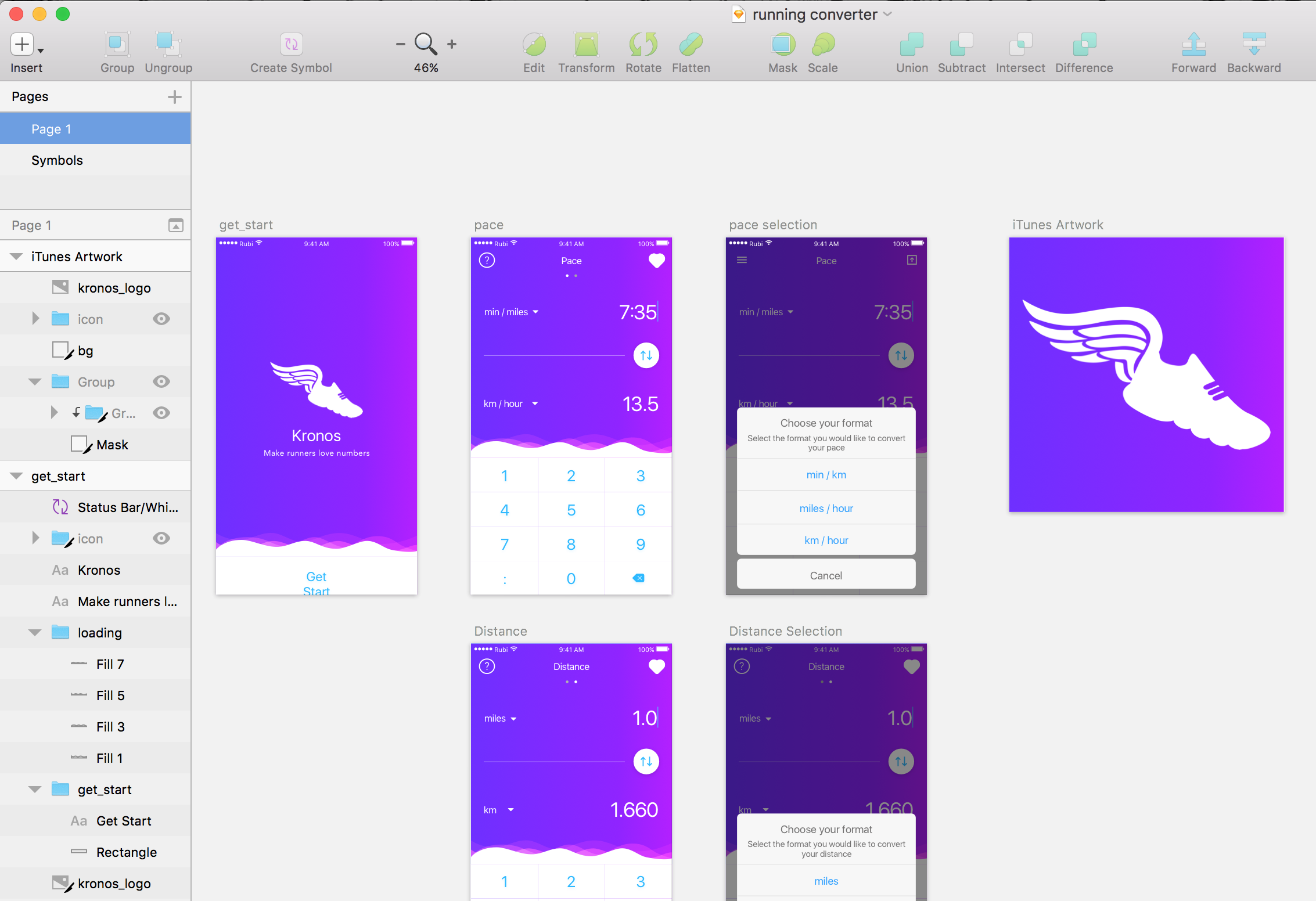 The app itself took me more time than I thought, mainly due to the keyboard side. Once designed and implemented, the UX was wrong. Keeping the keyboard from the origin design was a mistake, it was hard to use it to type a text that could reflect a time. I fixed it by using pickers instead, making it easier to enter data regardless the unit.

Once the keyboard fixed, I felt another part of the user experience could be improved. The app was following the purpose to convert data, but the user (here me at this time) didn’t have much info. So I chose to add a running information matching the result: “Running 7:00 min/mile? it would take you 1:31:00 to run a half marathon."

Once released, I’ll see if runners like it and how they use it to add some improvement. However, I made it for myself at the beginning and I am happy to leave it as is, but the project is open for contribution on Github.

A question? A feedback? Feel free to message me on Twitter.
TAGGED IN
iOS Running App UX