How to avoid common mistakes for your first iOS talk

I have been a bit more quite for the past couple weeks to take a break of my weekly routine of blogging. It’s not because I was lazy, but I wanted to take time to digest WWDC. At the same time I had other running projects, one was my first talk at an iOS meetup. Here is couple tips I would have love to hear earlier.

Four months ago, I attended iOS DevScout Meetup here in Singapore. It was a great event, I met really nice people and learnt a lot. I already wanted to give back to iOS community with my blog, I thought I could step up and become speaker for a future meetup.

Although, signing up for a talk was quite a challenge for me, it’s far from my comfort zone. Talking in front of an audience in another language that my native one made it a bit tricky. Since it was my first talk, I obviously made some mistakes. 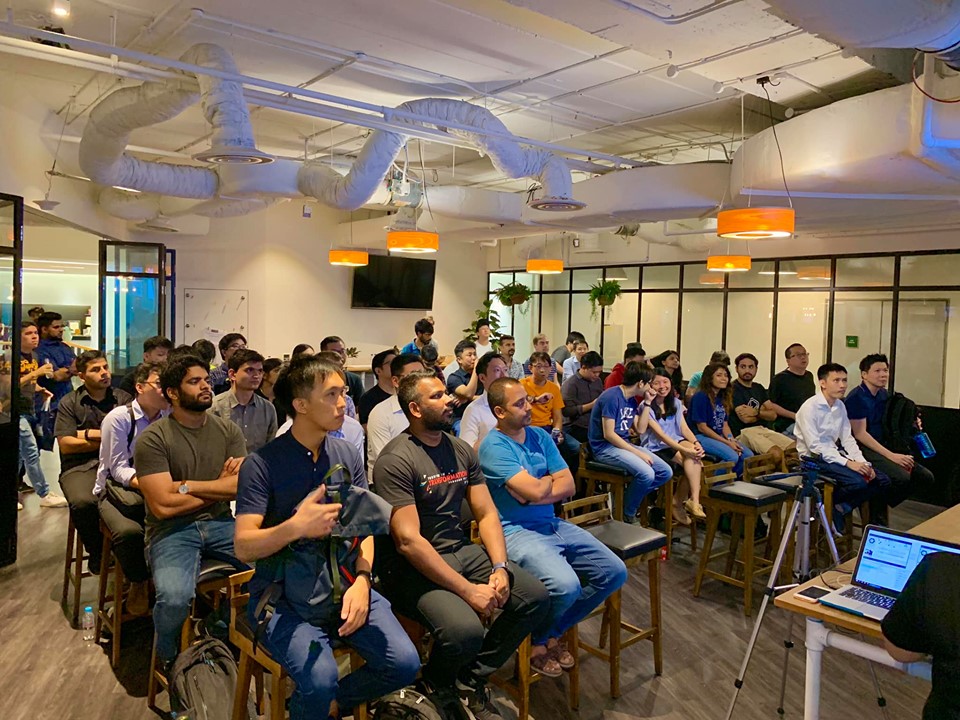 Regardless of the subject, I think it’s important to make it crystal clear for your audience. I made that mistake in the past where I chose to talk about a technical subject to non technical audience. I don’t thing they get it.

Good thing here is that iOS meetup attendees are aware of iOS ecosystem, mostly developers. I chose to talk about scalability of iOS project, giving tools and tips of daily issues that can happen in an growing iOS team / iOS project.

I chose to avoid too technical subject to not be trapped against a tough questions. I thought “what if somebody knows more about it? How relevant does my topic become?”.

That’s where I received the best advice: “There always will be somebody who knows more than you and that’s ok, because you don’t do the talk for him but for others who don’t.”

So as long as you mastered your subject, you still can be relevant to people who didn’t. There is no reason to limit yourself.

I didn’t know where to start to prepare my talk, so I did it the only way I know. I prepared it like if it was a blog post. I wrote the complete presentation and I really thought it worked. However, the way I write is quite different than the way I talk, mainly because you can always edit what you write.

Also writing everything leave less wrong for the unplanned. It was way more harder when rehearsing. Thinking of it now, I should probably have written the main ideas and keep it simple to avoid become a script.

Regardless of your topic, it’s always good to show with an example. Even if my talk was mostly theoretical, I took some time to prepare a demo to make sure people have something to take away. Otherwise it’s too much information in too short time to remember everything. It also give a wow effect to your topic.

Finally, don’t forget to have fun. Don’t think too much about how you’re going to be perceive. Everybody had to start somewhere. At least you’re doing it today, so enjoy it.

It was a great experience, I hope I got the opportunity again in the future and hopefully with more confident to improve next time!

You can find my talk regarding “Scalability of your iOS project along with your team” here.

A question? A feedback? Feel free to message me on Twitter.
TAGGED IN
Learning